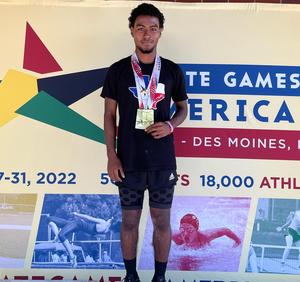 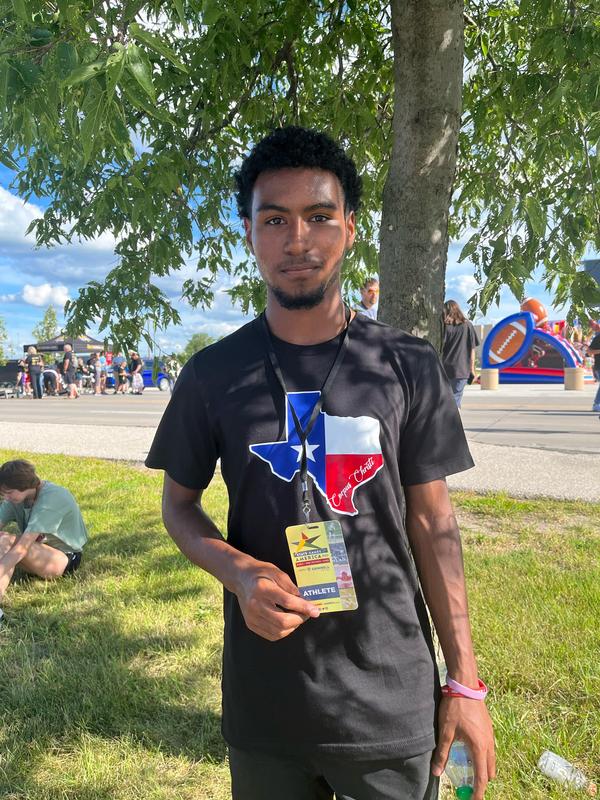 St. John Paul II High School Junior Armando Rivera had the honor of being selected and invited to compete in Ames, Iowa for nationals to represent the State of Texas this summer.

Armando who is also a graduate of Bishop Garriga Middle Preparatory School has excelled in his athletic abilities, winning back-to-back gold medals in both the Texas Association of Private and Parochial Schools (TAPPS) triple jump representing St. John Paul 2021 and 2022.

Armando wanted to expand his abilities outside of school, so during the summer, he decided to compete in the Texas Amateur Athletic Federation (TAAF) track meets. He won double Gold in regionals for the long jump and in the triple jump; this qualified him to compete in the state competitions held here in Corpus Christi.